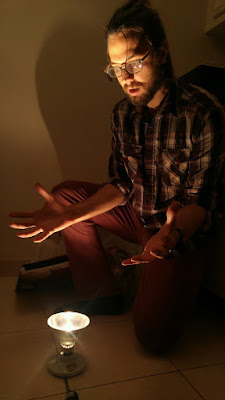 My dad always says that my mom is "driven." This generality applies to myself as well. Perhaps I got it from her.

It relates to how I view my usage of time. If I have something to show for myself after a certain period of time, then I view that period of time as having been successful. Lately though, I have seen that there is a fundamental flaw in that point of view. 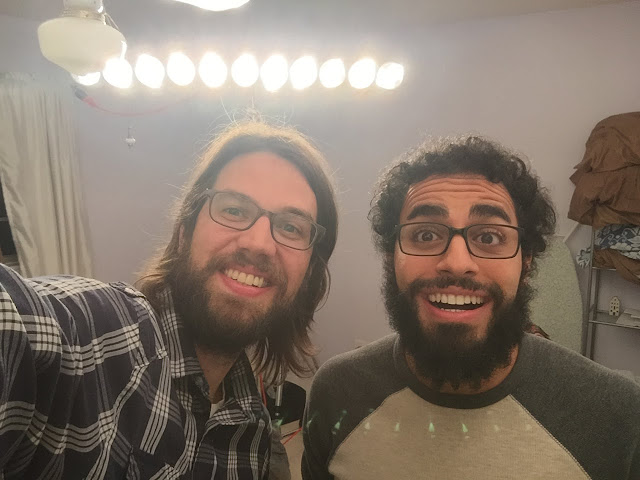 Mark and I in front of our homemade light 'Megatron'

About 6 months ago, my good friend Mark Farag (who is a filmmaker as well) quit his job and moved into my dining room. We had grand designs of getting several films made, including older projects that may have gone stale and new and exciting projects that were just developing. And, while we did work on some of those projects here and there, the time was overwhelmingly spent playing Call of Duty on PS3, eating Hunan Chicken from Great Wall Chinese, and carving pathways through our apartment while ranting about any number of topics.

Needless to say, neither of us finished a film project. 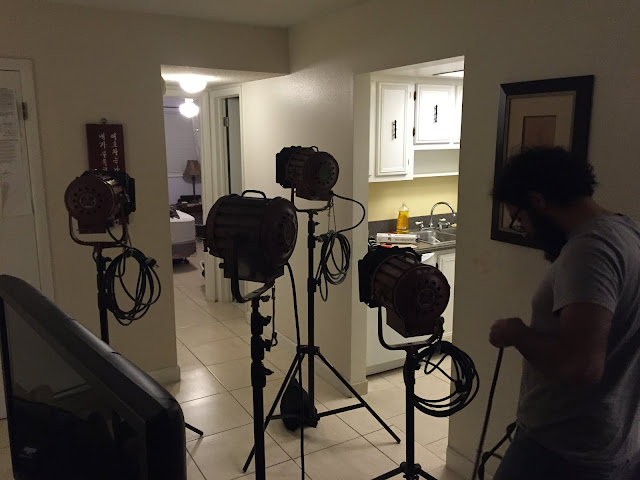 We scored some 1K Babies

And a couple of weeks ago, Mark moved out. But, as I look back, I realize that this time was filmmaking itself. It is similar to any other artistic medium, in that the experiences that we have are what we draw on to do our work. So, as we were playing video games into the wee hours of the morning, we were discussing ideas and experiencing images and simply living life. Zooming out further, I see that we both had an incredible amount of experiences during this time. I spent a couple of weeks in Europe. I met a lovely British woman that I'm currently seeing. Mark met me in Europe and then continued to travel there for almost 2 months. He laid an old project to rest that had no life left in it (RIP 'Dead Smoke'). I wrote a screenplay for a short film. He wrote treatments for 2 or 3 short projects. We went clubbing in downtown Orlando. Mark drove down a horse path while location scouting and got his car stuck for several hours until Miguel pulled it out in pitch black with his tow truck. We played tennis. We found some old Mole Richardson lights for sale in a warehouse and bought 2 1K babies each. We built some 4x4 diffusion frames that we nicknamed Minions. We built Megatron, a halogen light that is supposed to output the equivalent of a 5K while only drawing the power of a 1K. I could go on and on. And I wouldn't take back how we spent that time. 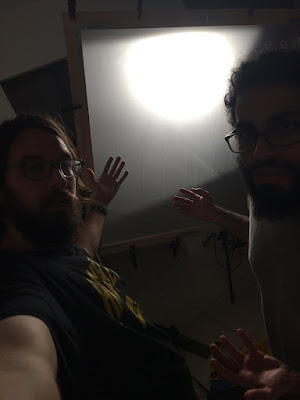 One of our homemade 4x4 diffusion frames at work 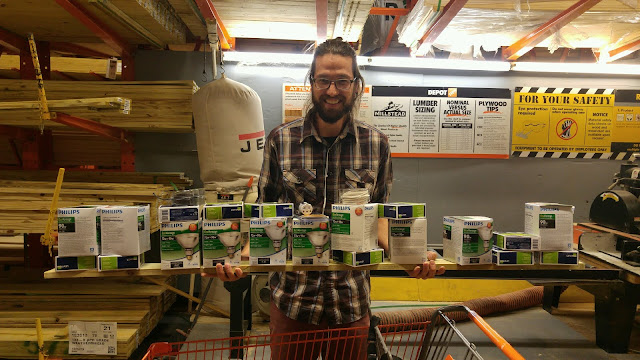 The raw materials that became 'Megatron' 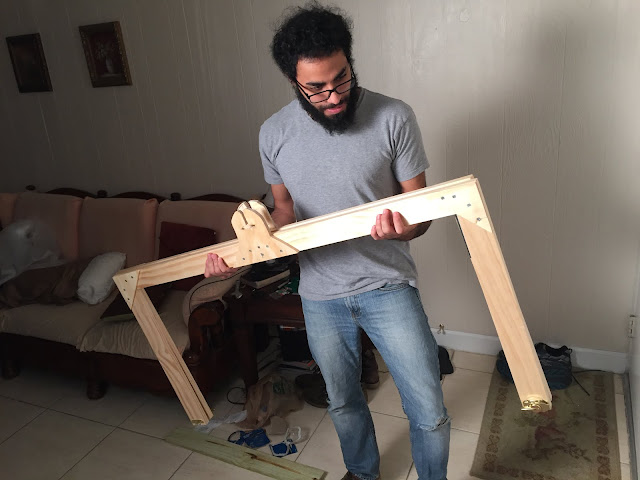 The point is, even though I haven't completed a personal film in over a year, I am gaining experiences that are ever pushing me toward my next film.

The time has not been wasted. This is filmmaking.
Posted by Joseph Boyle at 3:01 PM